In this first article, I’d like to make a tour of the core WPF classes and how they are related.

Knowing the organization of WPF classes is important when we create a new control because we have to determine which base class we’re going to use. It is also interesting to know how the framework has been designed. That’s the goal of this first article.

Here is an image of the core WPF classes and how they are related (click for larger resolution): 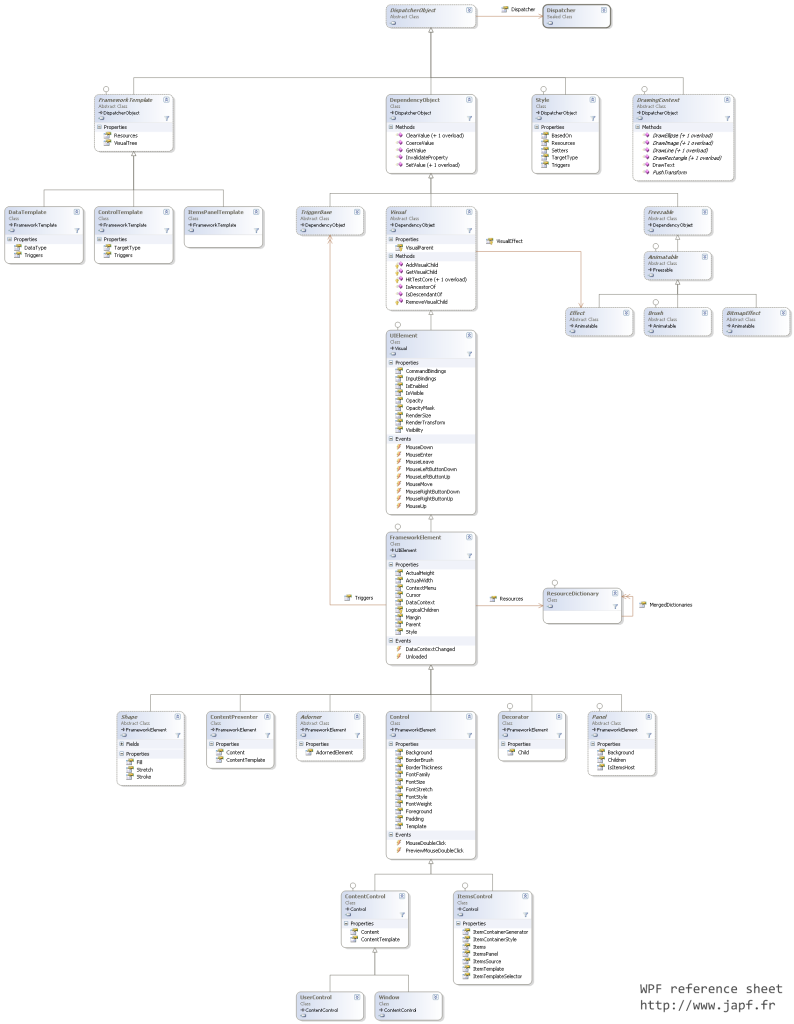 The diagram is voluntary simple above the Control classes because that will be targeted by another article.

From the DispatcherObject class, we have 4 new classes (one more time, this is a partial view of what really is in the framework):

In order to show where most of the WPF controls are (but that will be the object of another article), I also added ContentControl, ItemsControl, UserControl and Window class to the diagram.

6 thoughts on “WPF internals part 1 : what are the core WPF classes ?”