Just a quick update to share with you some pictures before the keynote starts (in about 12 hours now…).

This morning I had the chance to be part of the UX workshop organized by www.billyhollis.com and it was very cool. Billy did a great job trying to stimulate our right brain (developers used to be more left-brained)… He detailed various UI principles and showed a WPF application he worked on a couple of years ago (in 2008). We also had a nice tee-shirt: 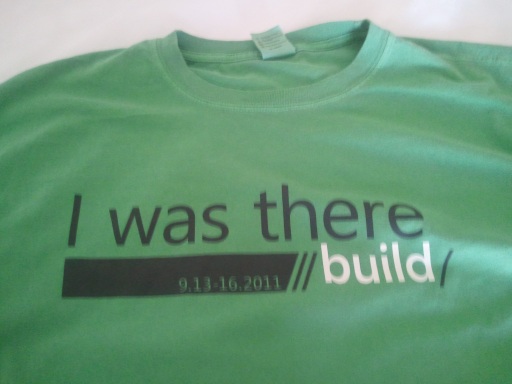 Here are some other pictures I took today: 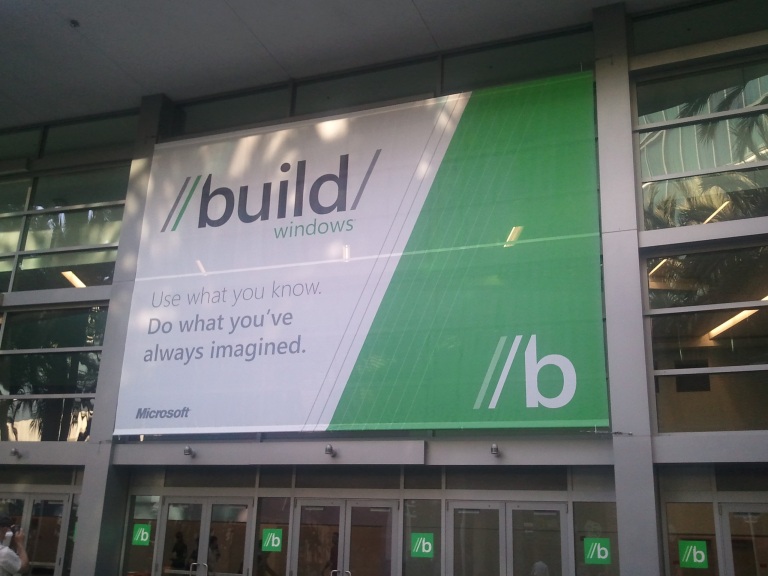 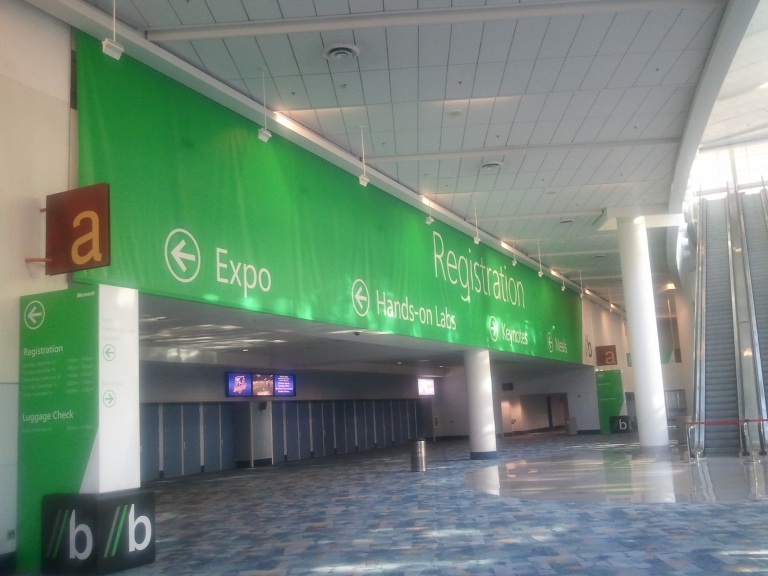 See you tomorrow ! Don’t forget that the keynote will be live-streamed at www.buildwindows.com

The BUILD conference is now only a few days away and we’re all looking forward next week for the keynote! Remember that even though you’re not coming to Anaheim, you’ll be able to follow the keynote live from the www.buildwindows.com website.

On June 1st, Microsoft did the very first demonstration of the next generation of Windows, internally code-named “Windows 8” (press paper here – YouTube video is available here). The only information related to the development platform was all about HMTL5 (“Web-connected and Web-powered apps built using HTML5 and JavaScript that have access to the full power of the PC”). At this point, Microsoft also demonstrated Windows 8 running on an ARM platform. 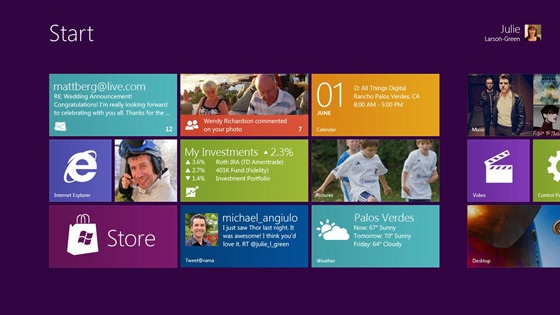 Late August, Steven Sinofsky, the president of the Windows division started a new blog on MSDN named Building Windows 8. This blog is similar to the one created for Windows 7. The goal is to start a dialog between the Windows team and the rest of the world.

What have been shared so far:

The last point is particularly important because it show Microsoft is taking a different approach to go to the tablet world. Rather than having a particular OS (limited to tablet related tasks) they choose to offer a completely new UI (based on Metro) AND the full power of the classic desktop OS.

HTML5 and a new UI platform

Without any doubt HTML5 will play a big role in Windows 8. We can expect a new set of tools (maybe an evolution of Expression Blend ?) and libraries to leverage HTML5. Joe Marini (Principal Program Manager at Microsoft for the Web platform on Windows Phone) wrote this on Twitter: “Imagine being able to use standard HTML5/CSS/JS while using platform-specific integration with familiar progressive enhancement techniques.”

Even though we know HTML5 will be a new option for software developer in Windows 8, it will not be the only option. On June 20th, Microsoft splits up its XAML team and they created 3 teams:

From this change, we can learn at least 3 things

This is probably enough for stopping the “WPF, Silverlight and XAML technologies are dead” discussion. Moreover, a couple of months ago, we started to see various (unofficial) references to a new UI platform codenamed Jupiter.

We’re not sure what Jupiter is, but Mary-Jo Foley described it as: “a new user interface (UI) library for Windows, built alongside Windows 8. It will be a thin XAML/UI layer on top of Windows application programming interfaces and frameworks for subsystems like graphics, text and input. The idea is Jupiter will bring support for smoother and more fluid animation, rich typography, and new media capabilities to Windows 8 devices”.

Because there is now a XAML team in the Windows division, and because of the strong commitment to native and C++ development lately, we can expect to see the power of XAML available to native code in the Windows 8 world.

Another interesting reading about what the potential development story I Windows is available in Windows 8 for software developers, the Longhorn dream reborn?

If you want to have more details about what we know so far about Windows 8 features, you can check out this post on Winrumors.

Getting ready for the trip (and the last rumors)!

The conference is now 5 days away. I’ll fly from Lyon (France) to London and then from London to Los Angeles on Sunday. On Monday, I’ll be part of the UX workshop organized by Billy Hollis. On Tuesday morning, I’ll be ready to the keynote!

I’ll be live Tweeting during the conference, so don’t forget to follow me @jalpf.

The last rumor suggests that every BUILD attendee might get a Samsun slate running a pre-version of Windows 8… We’ll see next Tuesday!