First of all I wish you a happy new year !

The new year is usually the time we like to take a step back and look at what happened the last few months. So I’m following this approach too and here is my “ReStory” of 2013 !

In February I had another chance to speak during a session in Paris for the TechDays. I did a talk with my colleague Charlotte on performance tuning for Windows Phone 8 apps. If you are interested the recording is available here (in French) 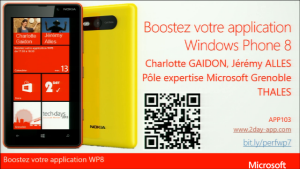 In late February I flew to Redmond for the MVP summit. It was an amazing time again meeting many other MVPs and having a glimpse of what’s coming next in the Microsoft pipeline 🙂 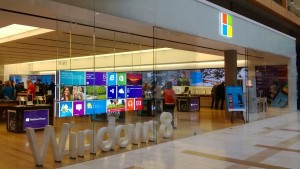 In late October I went to Soft-Shake, a conference in Geneva where I did a talk on Windows Phone 8 app development. It was a great experience because the conference itself is opened to many techs and it not Microsoft only. 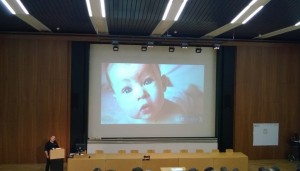 This is not Microsoft-related (at least not yet…) but it had a big impact in my personal & professional life… In November I won the 1st prize of a Startup Week-End in Grenoble ! We introduced a web platform to collect, organize and visualize your best memories. It’s too early to share the details but I hope to be able to work on this for real 🙂

You can watch the 60 second long video that introduces our idea here.

You can read our experience about the startup week-end here (in English).