In case you don’t have the info yet, VS2010 Beta2 is coming today October 19th for MSDN subscribers. It will be released to public on Wednesday (source). 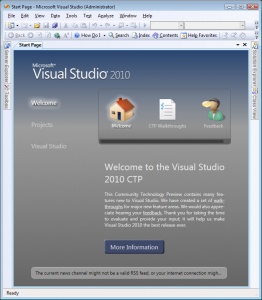 I’ll try to give some feedback as soon as I’ll be able to grab my copy and install it on ma workstation !